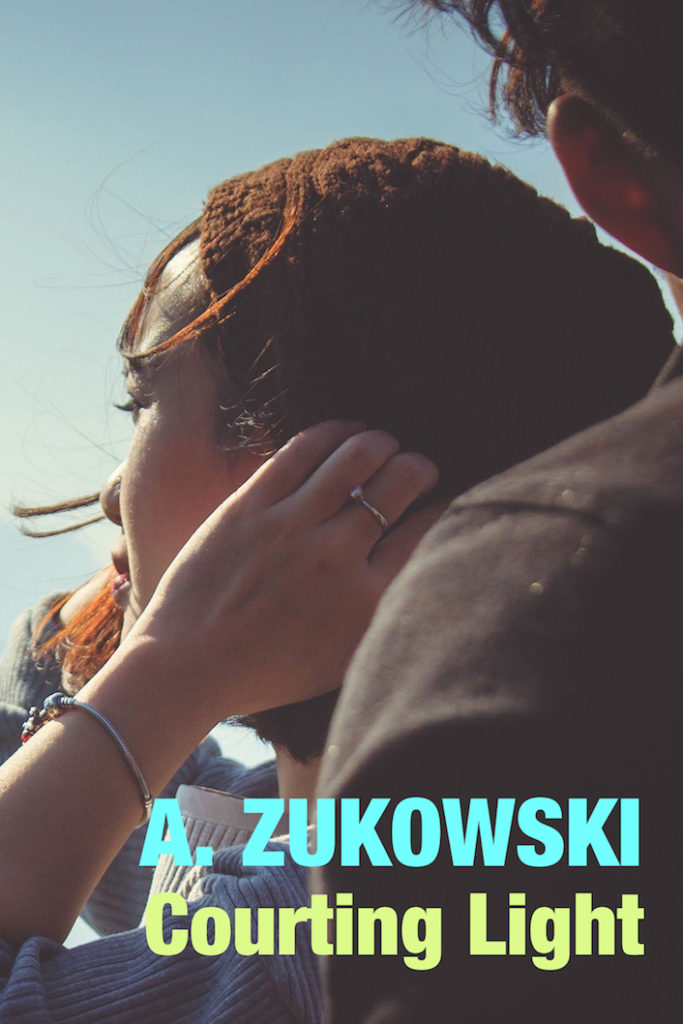 This story engaged me from the outset, so much so that I devoured it in a single sitting. There’s something magical about the summer holidays when you’re young—that sense of the days stretching ahead of you, full of potential and untapped possibility. Courting Light captures this magic beautifully, interweaving it with the wonder of self-discovery, of uncovering a previously unexplored part of yourself, and the heady intoxication of falling in love for the first time.

Josie is a wonderful heroine, bighearted beneath her quiet reserve, and innocent for her eighteen years. At the start of her two weeks as a volunteer at a summer camp for disabled children, she knows nothing of disability and is unsure of her capacity to cope with the challenges to come. Nor does she understand what it is to lose her heart, to burn with desire for another, and her attraction to other girls has hitherto remained unacknowledged, hovering on the fringes of her consciousness.

Josie faces a host of obstacles and turbulent emotions over the ensuing fortnight, and meets two individuals who will change her life forever. First there’s Lucian, a teenager with Asperger syndrome, who’s artistic brilliance and specific needs touch Josie in a way she never expected. Then there’s Sam, the sexy camp leader with the soulful eyes and shaved head. With her lithe body, throaty laugh and air of mystery, she captivates Josie utterly, invading her thoughts and dreams.

I’m by no means an expert on Asperger’s, but I did go to school with someone who has the syndrome, and I was impressed by A. Zukowski’s handling of its many complexities—the aversion to physical contact, the need for predictability, the brutal honesty and often exceptional intelligence. The fragile connection between Josie and Sam is also masterfully done, sensual and powerful in its simplicity, and above all, heartbreakingly authentic.

Overall, I found the prose to be readable and down-to-earth. If I have a criticism, it’s that there are some passages comprised of a lot of short sentences, which disrupted the natural flow a little for me at times and gave the writing a slightly staccato feel. The more I became absorbed in the narrative, however, the less the style distracted me, and ultimately it detracted in no way from my enjoyment.

For a sweet story told with raw emotion, the sensitive portrayal of Autism, and an ending that will stay with me for a long time, Courting Light by A. Zukowski gets 9/10 rainbows.

Our days were numbered but precious.

Courting Light is the story of Josie, an eighteen-year-old about to leave home to start university in London. She volunteers at a summer camp for disabled children. When Josie is paired with the autistic teenager Lucian, she faces intense experiences that are truly eye-opening. To her surprise, Lucian is not the only one who captures her attention. Over the weeks, Josie develops powerful desires evoked by the camp’s enigmatic young leader with a shaved head and tattoo on her skull.

With a mop of messy curly brown hair, the boy standing at the very end of the group was probably a little younger than his neighbour, but he also appeared tall for his age. He didn’t seem physically disabled, unlike the teenager next to him. He shifted slightly backwards, as if he wanted to get away from the line-up, and glanced up momentarily. His eyes were so large and deep, clear blue like two pools of tarn. He caught my gaze and quickly directed his eyes down, away from my scrutiny. I felt bad, as though I was staring too much. Later, he’d teach me that most people over-compensated all the time. They deliberately looked away from physical disability or behaviour that seemed out of the ordinary. He would catch on anyway when they did that. For him, over-compensation was a sign that ‘the real people’—his words for the able-bodied—were scared.

I’m scared of them, but not as much as they are frightened of us freaks.

And I would ask him not to use that word to describe himself. He smiled at that with a slight upturn of his mouth. Then, standing awkwardly in that hall, I had no clue what I was doing, and wondered why the boy had come to the camp because he didn’t look like the rest of the gang of kids.

For now, he avoided eye contact and leaned uncomfortably, one hand holding onto his bag so tightly that I saw his white knuckles from ten feet away. All I could remember was the parent dabbing her eyes, trying to will away her worries. She might be his mum, and now he wanted to show her he was a big independent boy who was not scared to death.

I was not alone in feeling nervous. I took comfort in that thought.

“Come on, why don’t our hosts pair up with the guests? One-to-one. My lovely helpers, you may show them where their bunks are. All the allocations are shown on the plan we gave you.” Sam, as ever, sounded excited and enthusiastic and stopped my wandering train of thought.

The other volunteers went up and started to ‘claim’ their companions. The hosts and guests eagerly greeted each other, some striking up conversations right away. Tim went to the tall teenager whose twisted leg dragged along as Tim made his introductions and led him to the dormitories.
The remaining boy flapped his hands and moved away even more, as if he was making for the door he’d just come through to escape. He shook his head and muttered something to no one in particular. While he waited in absolute agony and I hesitated, all the other children and volunteers had made their acquaintances and, one by one, the pairs disappeared.

Rose and Beth had left with them to offer assistance. Sam wasn’t in the room anymore. Only Grant hovered, ready to lend a hand. I moved towards the last boy standing. He still held onto his bag tightly with his eyes downcast, avoiding my gaze.

“I’m Josie. What’s your name?” I extended my hand to shake his while I tried to read his name label and saw that he’d written his name in rather small letters in the left- hand corner of the white rectangle. The handwriting was neat and controlled, but I couldn’t read it. Except the ‘L’.

“What’s your name?” he replied without meeting my eyes or returning my handshake. His speech was clear. Words pronounced in imitation of my accent.

I hesitantly moved closer and was now near enough to see his name: Lucian. The letters were drawn in a tight script that broke the white surface. I didn’t know what might be considered wrong about him by society, but my instinct told me we’d be fine. That we’d make this work. “Would you like to pair up with me, Lucian?”

I smiled because at that time I still believed if I did that enough I would gain people’s trust. Except, Lucian was exceptional. He failed to look up to meet my smile and he didn’t respond.

I am a London-based British writer who grew up in the gay village and red light district of Manchester, UK.

I was trained in screenwriting at the University of the Arts, London; National Film & Television School and Script Factory, UK, followed by a series of misadventures as a film journalist, writer and producer of short films. My stories are based on personal and emotional experiences, and feature strong LGBTQ-identified characters.

Connect with A. Zukowski