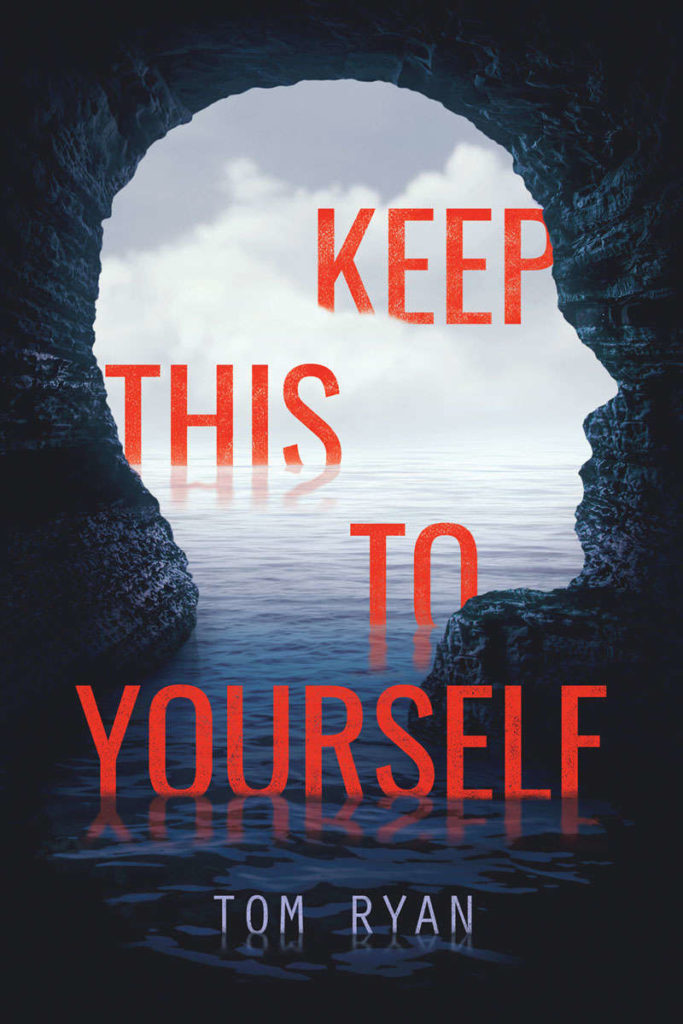 I enjoy a good thriller, and Keep This to Yourself by Tom Ryan has all the classic elements that keep me turning the pages to solve the mystery, whilst skilfully avoiding the descent into cliché. I do, however, find this genre a bit of a nightmare to review because I’m always wary of giving away too much and spoiling it for other readers. With this in mind, I’ll do my best to steer clear of plot specifics and concentrate on the aspects of the book that worked for me, as well as those which sadly fell flat.

Firstly, I absolutely loved the setting. The story unfolds in the small, seaside town of Camera Cove where everyone knows everyone else and the last thing the police expect is to end up with a serial killer on their hands. Tom Ryan describes the scenery so vividly that I felt as though I were there, wandering the cliff paths and quaint high street at Mac’s side. I also got a powerful sense as to how, even a year on, the murders have rocked this close-knit community to its core.

Secondly…that ending! Let’s just say I had my own theories as to the murderer’s identity, all of which proved completely wrong. I pride myself on being somewhat of an amateur detective when it comes to figuring out Who-Done-Its, but this final twist threw me for a loop. In fact, right up until the big reveal, my attention was focused in an entirely different direction, and I applaud Tom Ryan for this. Feeling of smugness aside, it’s always a little disappointing when you identify the culprit early on.

One of my main issues with this book was the characters. With the exception of Mac, who I adored for his sweet geekiness, they seemed to me to be utterly one-dimensional. The author could have populated the town with larger-than-life personalities and provided Mac with a group of friends, each with multiple layers and their own quirks. Instead, the story is full of stick people with little or no depth, so that I was unable to connect with them on an emotional level.

My other gripe concerns the romance between Mac and Quill. I just didn’t get what attracted them to one another. Besides their shared grief, having both lost someone they cared about to the killer, and their desire to uncover the truth, they didn’t appear to have anything tangible in common. I don’t have a problem with insta-love in principle, but for it to be believable there needs to be some seriously intense chemistry going on, and I simply wasn’t feeling it in this case.

For a richly evocative setting and an intriguing mystery that kept me guessing until the very end, Keep This to Yourself by Tom Ryan gets 7/10 rainbows.

It’s been a year since the Catalog Killer terrorized the sleepy seaside town of Camera Cove, killing four people before disappearing without a trace. Like everyone else in town, eighteen-year-old Mac Bell is trying to put that horrible summer behind him—easier said than done since Mac’s best friend Connor was the murderer’s final victim.

But when he finds a cryptic message from Connor, he’s drawn back into the search for the killer—who might not have been a random drifter after all. Now nobody—friends, neighbors, or even the sexy stranger with his own connection to the case—is beyond suspicion. Sensing that someone is following his every move, Mac struggles to come to terms with his true feelings towards Connor while scrambling to uncover the truth

Tom Ryan is the author of several books for young readers. He has been nominated for several awards, and two of his young adult novels, Way to Go and Tag Along, were chosen for the ALA Rainbow List, in 2013 and 2014. He was a 2017 Lambda Literary Fellow in Young Adult Fiction. Tom, his husband, and their dog currently divide their time between Toronto and Nova Scotia.