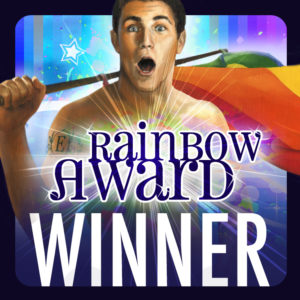 I’m thrilled and extremely humbled to announce that Caught Inside has been named as the winner of a 2017 Rainbow Award, both for Best Gay YA Novel and in the Best Gay Debut category. It’s an honour to join the ranks of so many talented authors, and to have been a part of such a wonderful showcase for LGBT+ literature. I was particularly touched by some of the comments from the judges and wanted to share them with you.

END_OF_DOCUMENT_TOKEN_TO_BE_REPLACED

Humungus congratulations to the winners and runners-up in the 2014 Rainbow Awards which were announced earlier this week. This is an annual contest celebrating outstanding work in LGBT fiction and nonfiction, and is open to all authors of work containing LGBT fictional characters and work chronicling the true stories of LGBT persons.