I’m thrilled today to be hosting author Jessica Koch as part of the blog tour for So Near the Horizon, a NA contemporary novel based on a true story, released on September 6. Read on to check out an excerpt and enter the giveaway, and be sure to follow the tour! 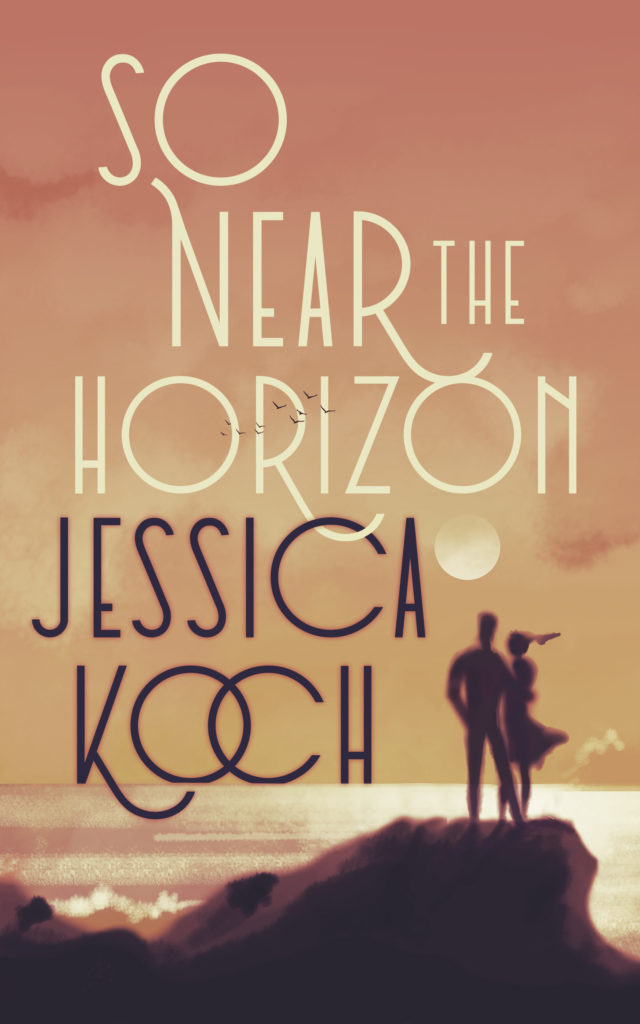 Seventeen-year-old Jessica has an uncomplicated life and a promising future. Leaving the house one evening, she has no idea that she’s about to meet the love of her life – or that her entire understanding of the world is about to change. And before long, she’s going to face a decision that will shape her forever…

In ‘So Near the Horizon’ Jessica Koch describes a life lived somewhere between hope and fear, confronting true events from her own past with raw honesty and frank reflection – and exploring more than one difficult subject along the way.
A story of deep love. A story of trust, courage, pain, despair, and the strength to let go. A true story.

“Danny… Why do you belong there too?” I tried to meet his eyes, but he shut them, avoiding my gaze. His fingernails dug into the skin on his bare arms, and he pursed his lips grimly.

Slowly, I scooted toward him. “Talk to me, Danny, please,” I said, trying to pry one of his arms loose. But the more I tugged, the more rigidly he kept them crossed against his body as he shrank away from me as far as he could inside the cramped car. For a moment, I was afraid he would simply get out and walk away.

Too close, a voice whispered inside me. You’re much too close to him!

I let go of his arm so I could slide back into my seat, and he relaxed almost instantly. He took several deep, slow breaths before opening his eyes and blinking at me through his long lashes.

“You know why,” he whispered. “And someday I’ll tell you myself. I promise. Be patient with me.”

Jessica Koch (born in Ludwigsburg, Germany) began writing short stories when she was still in high school, but never submitted her work to publishers. In late 1999, shortly after beginning her studies to become an architectural drafter, she met Danny, a German-American dual national. Her experiences with him eventually formed the basis for So Near the Horizon, though it was nearly thirteen years before she felt ready to bring the manuscript to the public.

The author describes a life lived somewhere between hope and fear, between optimism and despair. She reflects on events from her own past with raw honesty, confronting more than one difficult subject along the way.

Jessica Koch lives near the city of Heilbronn with her husband, their son, and two dogs. The second and third books in the trilogy, So Near the Abyss and So Near the Ocean, are already best-sellers in Germany as well.