It’s my pleasure today to be hosting author Mia Kerick as part of the blog tour for her YA LGBGQ novel Love Spell, rereleased in September 2018. Read on to check out my review and enter the giveaway, and be sure to follow the tour!

Having come to terms with being gay, Chance César is still uneasy with his gender identity, or, as he phrases it, “being stuck in the gray area between girl and boy.” This concern, however, doesn’t stop him from strutting his fabulous stuff on the catwalk in black patent leather pumps and a snug-in-all-the-right (wrong)-places orange tuxedo as the winner of this year’s Miss (ter) Harvest Moon Festival at the local Beans and Greens Farm’s annual fall celebration, serenaded by the enthusiastic catcalls of his BFF, Emily Benson. Although he refuses to visually fade into the background of his rural New Hampshire town, Chance is socially invisible—except when being tormented or beat up by familiar bullies. But when Chance, the Harvest Moon Festival’s mockingly-elected Pumpkin Pageant Queen, meets Jasper Donahue (Jazz), the legitimate winner of the Pumpkin Carving King contest, sparks fly. Chance wants to be noticed and admired and romantically embraced by Jazz, in all of his neon orange-haired glory.

And so at a sleepover, Chance and Emily conduct intense research on their laptop computers, and come up with an article in an online women’s magazine called “Ten Scientifically Proven Ways to Make a Man Fall in Love with You.” Along with a bonus love spell thrown in for good measure, it becomes the basis of their strategy to capture Jazz’s heart.

Quirky, comical, definitely “sickening” (this is a good thing), and with an inner core of poignancy, Love Spell celebrates the diversity of a gender-fluid teen.

Love Spell is somewhat of a departure from many of this author’s books, though certainly not in a bad way. I’ve grown accustomed to her tackling weighty topics, whether sexual abuse or the struggle to reconcile religion and homosexuality, and so was pleasantly surprised when I picked this up. Though this novella touches on some important issues—those of bullying, gender identity, and learning to be true to oneself—it’s also packed with moments ranging from the laugh-out-loud to the downright cringeworthy, and the overall feel is warm and entertaining.

Chance César is fabulousness personified, and no one knows this better than Chance himself. He struts around his small-town high school, flaunting his vibrant clothes and screw-the-world attitude, deflecting the frequent bullying with cutting retorts. Yet, beneath the flamboyant exterior lies a deep-rooted uncertainty. For as long as he can recall, Chance has existed in the middle space between genders, unable to wholly identify as male or female, something he finds increasingly difficult to handle.

When he meets Jasper Donahue, gorgeous, steady, and unequivocally masculine, Chance falls head over pointy-toed boots. Of course, he has no idea whether Jazz is even gay, but he doesn’t let a little detail like this stop him. With the help of Emily, his ever enthusiastic best friend, and an article in a women’s magazine, Chance sets out to win Jazz’s heart. In his pursuit of love, however, he ends up discovering far more about himself and the person he wants to be than he could have anticipated.

Mia Kerick has a real gift for bringing to life the unique voice of her protagonists, and this is especially true in Love Spell. She has captured Chance’s voice and outlook so authentically that it was as if he were speaking in my ear. Chance is many things—fun-loving and generous, confident and vulnerable, clueless and intensely irritating. Still, the one thing he could never be is dull, and I know he’ll stay with me for a long time.

For an original read, a quirky protagonist who will stay with me for a long time, and some hilarious moments, Love Spell by Mia Kerick gets 8/10 rainbows. 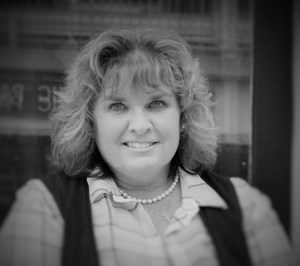